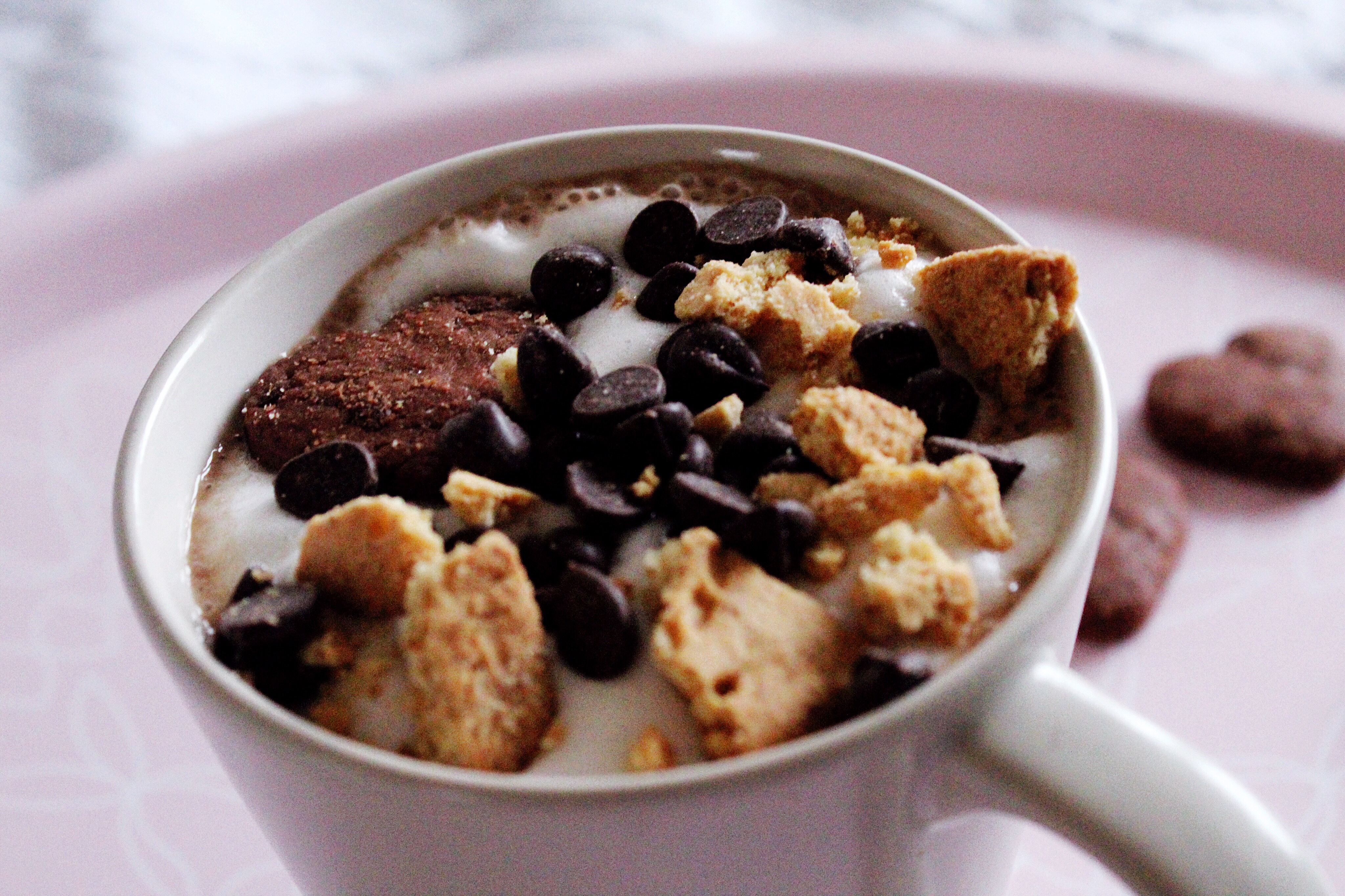 It’s been a while since I featured a recipe on Moving Scouse, but it’s time to get back into it. Today, I’m bringing you an absolutely delicious treat – all-vegan s’mores hot chocolate! It sounds complicated, but it comes together in just over ten minutes, and it’s perfect for all sorts of occasions. Film afternoons, rainy days, reading sessions, or, ahem, as a treat during your Sunday Meal Prep. 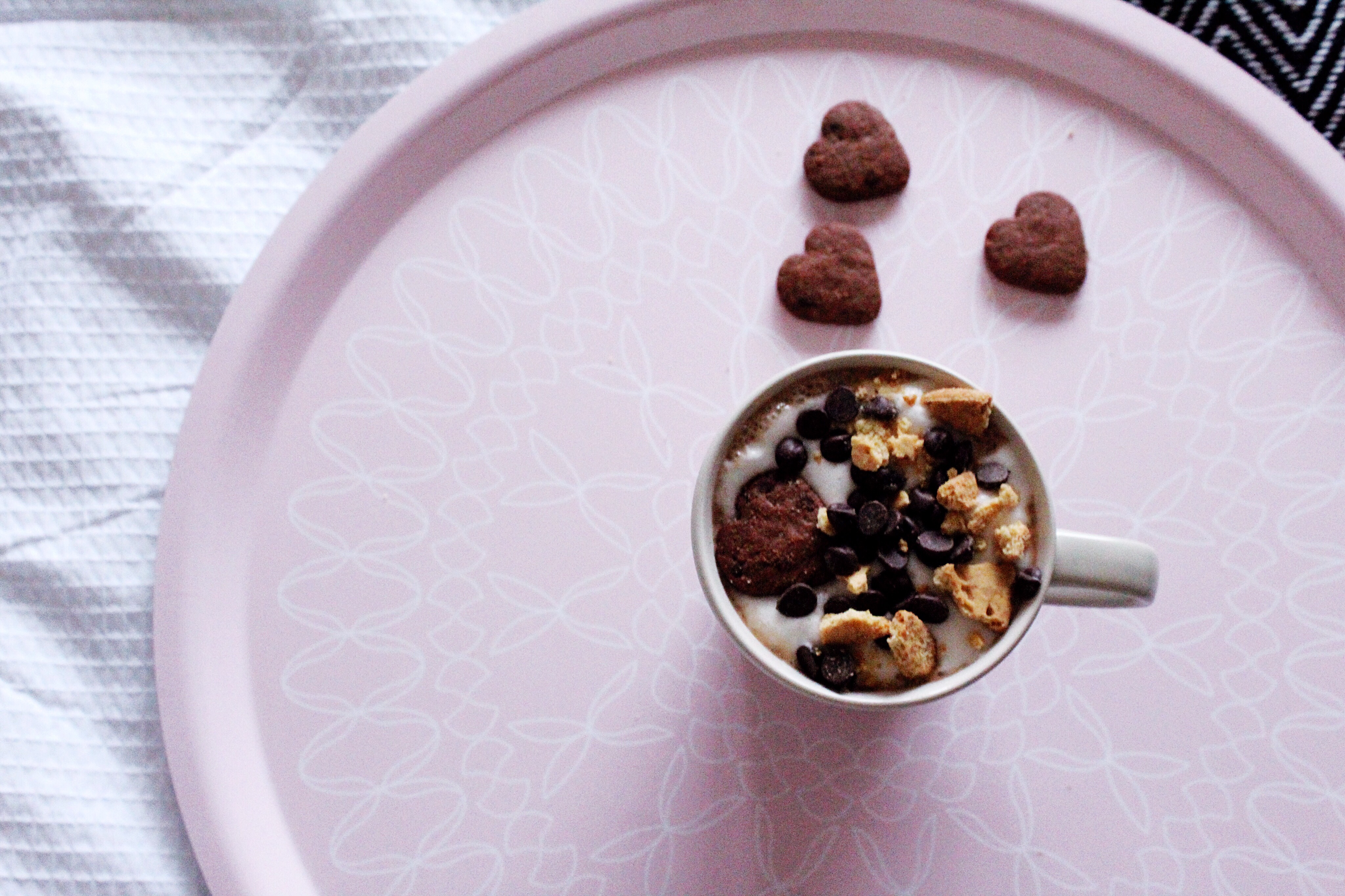 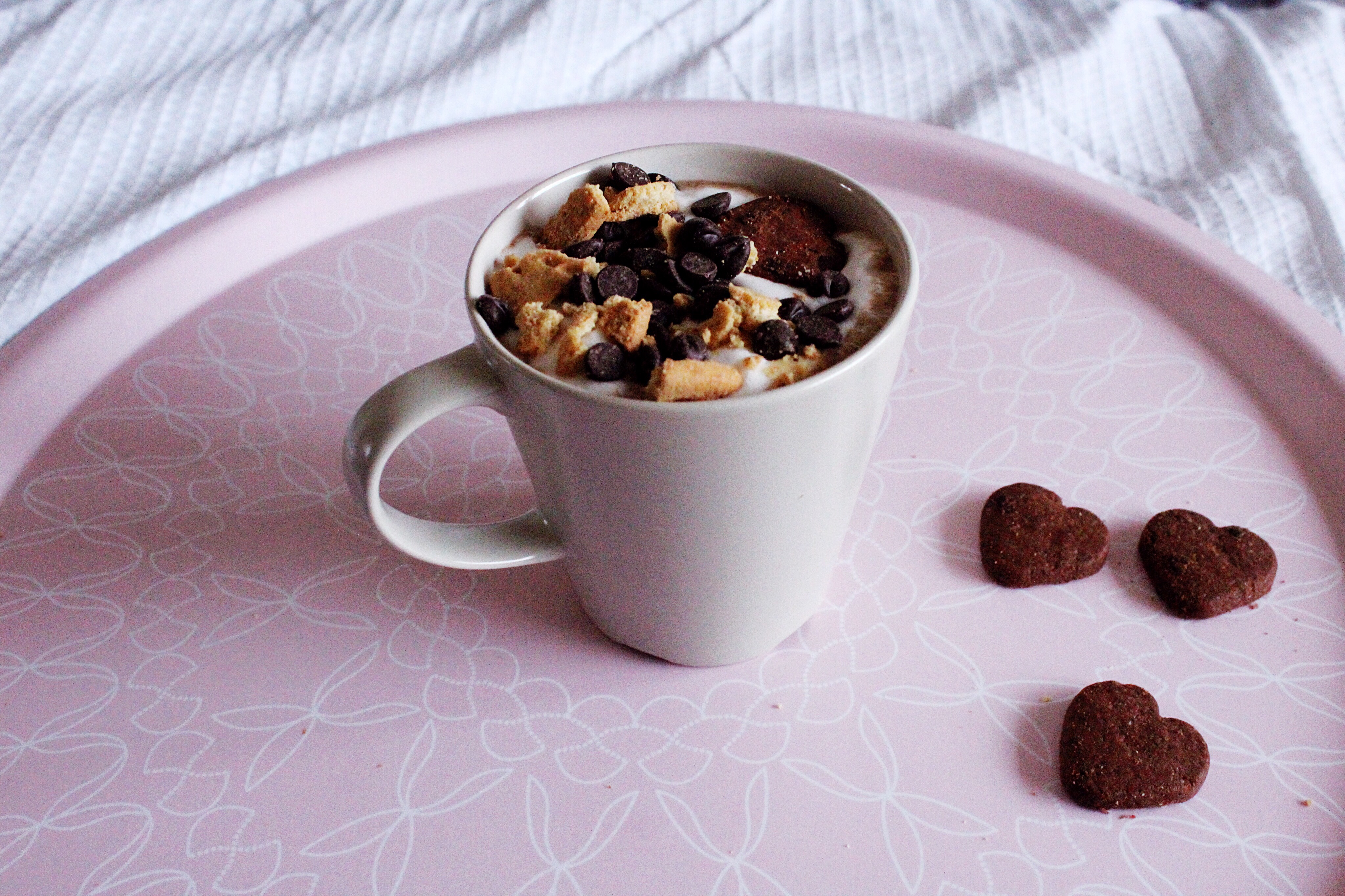 I’ve been a hot chocolate lover since I was little, and when we lived in the States, I was totally intrigued by all the hot chocolate variations on offer. Marshmallows, of course, were a firm favourite on hot chocolate. Around the same time, my girl scout troop introduced me to s’mores. This little German had never sampled anything of the sort, and I was obviously totally hooked after the first bite. When I went vegan in my late teens, store-bought marshmallows were off the cards, and aquafaba hadn’t been discovered yet (how did we SURVIVE?!). As a result, my love for s’mores had to take a back seat for a while. When the secret to whipping up chickpea liquid hit the blogs and headlines, though, it was only a matter of time before I got working on all sorts of marshmallow recipes again! I’ve not yet perfected making actual marshmallows, so it might be a while before those make an appearance here, but out of all the failed attempts, this s’mores hot chocolate materialised! The marshmallow topping isn’t set, but rather whipped up like cream, so it’s relatively fail-safe. More importantly, it doesn’t require any waiting time. I hope you give it a try and enjoy! 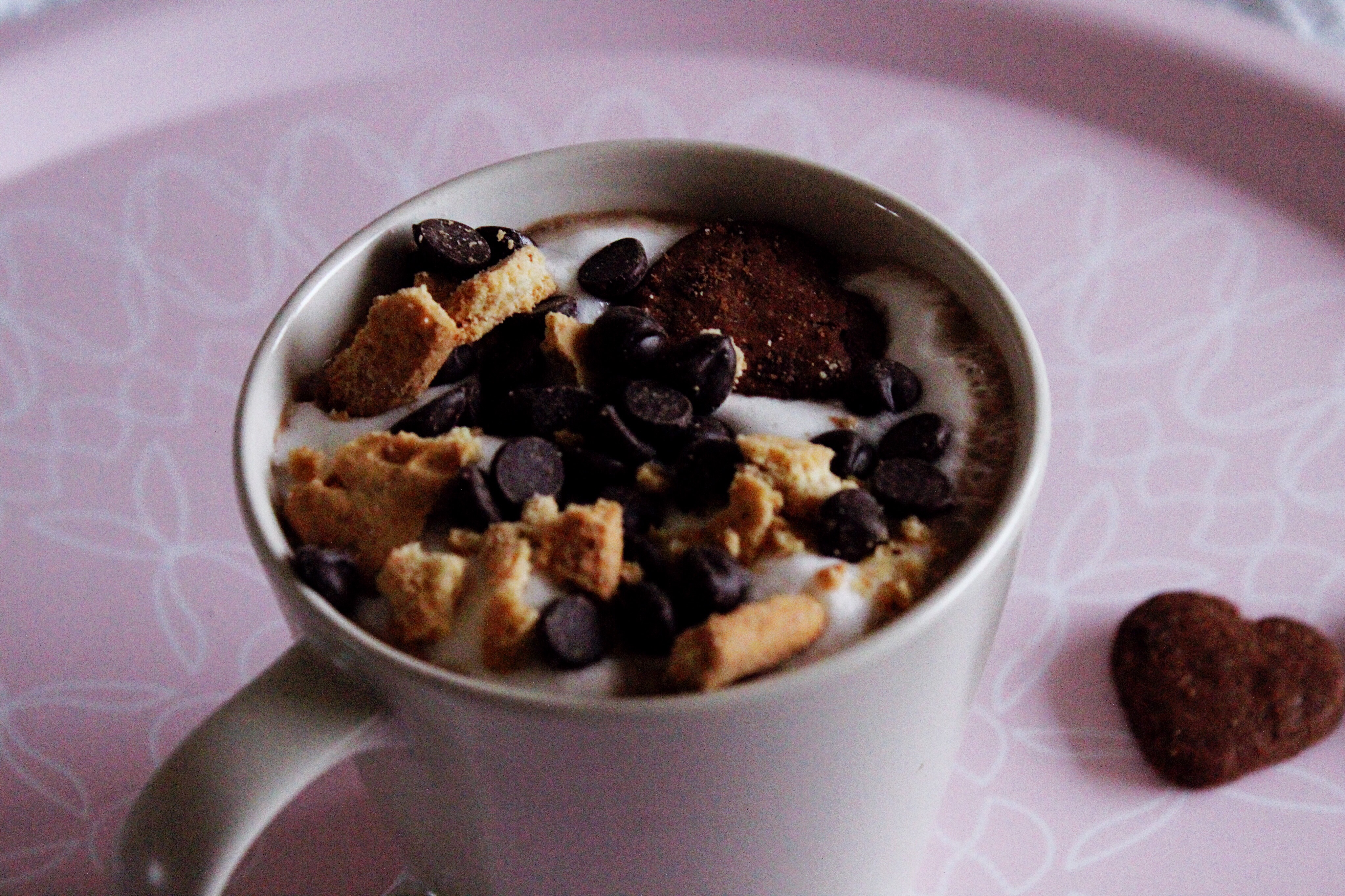 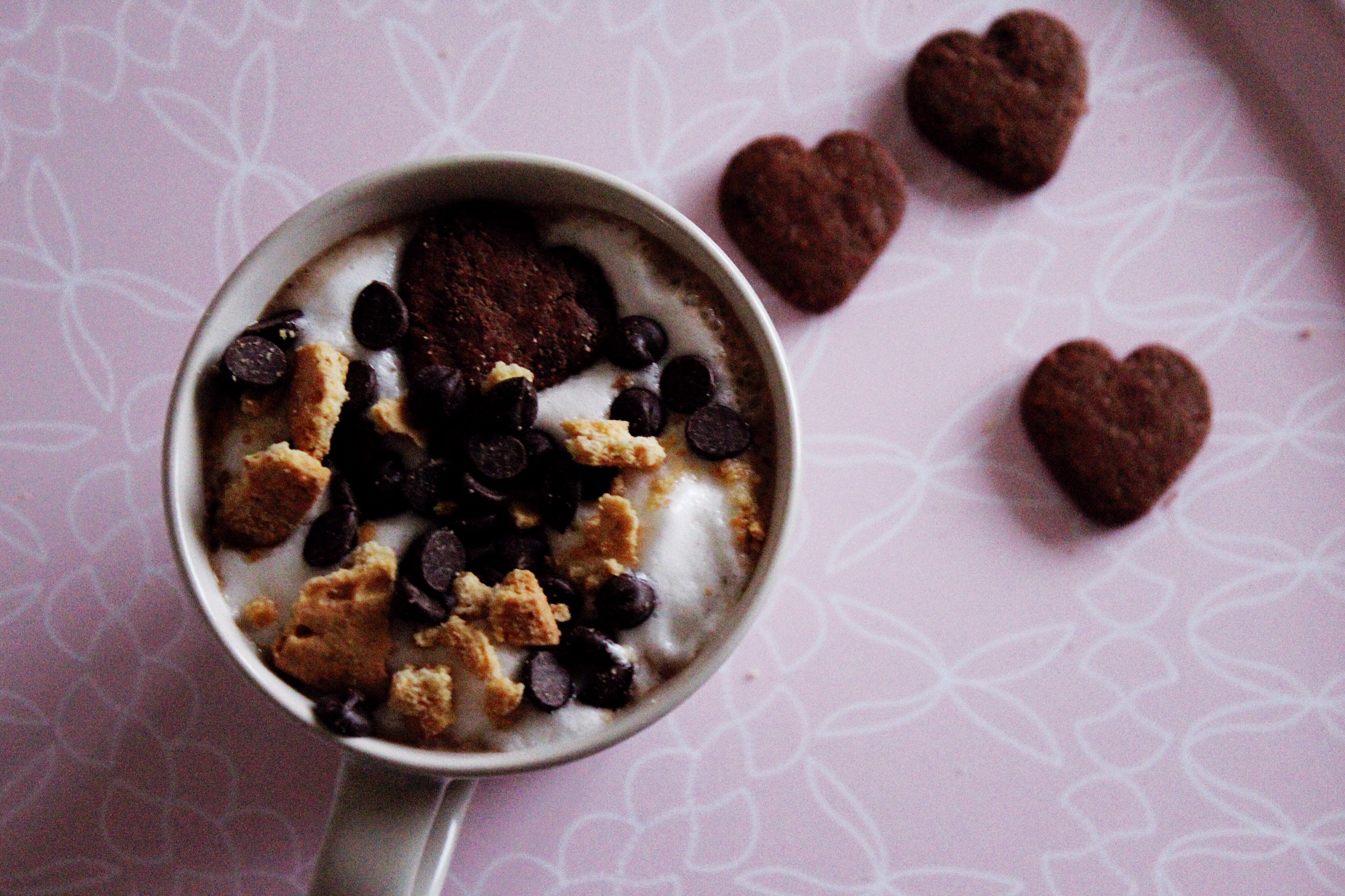