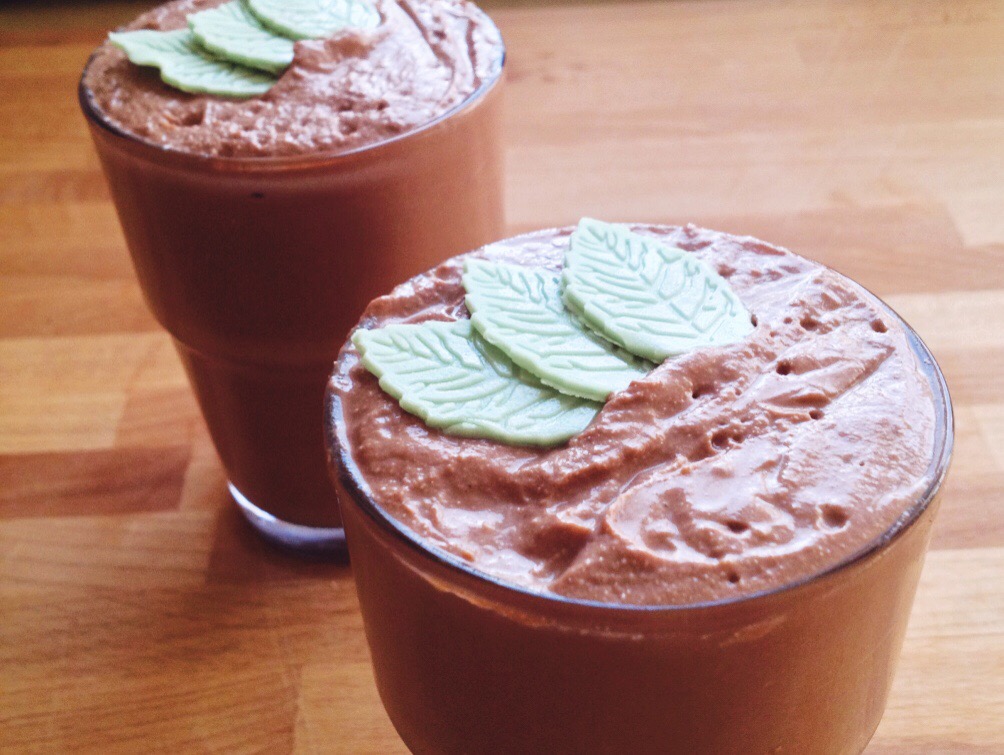 When I first went vegan, I cried for weeks because I would never have my mum’s delicious chocolate mousse again.

….So maybe that’s not strictly true. Maybe the truth was that I was so excited about all the new things that veganism brought into my life that chocolate mousse wasn’t really something I thought about too much. Or at all. Until, of course, someone made a delicious Mousse au Chocolate and it wasn’t vegan and I got jealous and thought ‘damn it, I’d better find a way to make a vegan chocolate mousse.

After a bit of experimenting, I finally came up with a recipe that worked. I added a bit of vegan sour cream, because I had it in the fridge, but you could also use a few tablespoons of vegan cream cheese. Unflavoured, obviously! It’s an optional ingredient, but it helps give the vegan chocolate mousse a richer, tangier flavour.  I also added a dash of mint extract, because I personally like mint chocolate. You could use any extract you like, vanilla keeps it simple, and orange would be delicious!