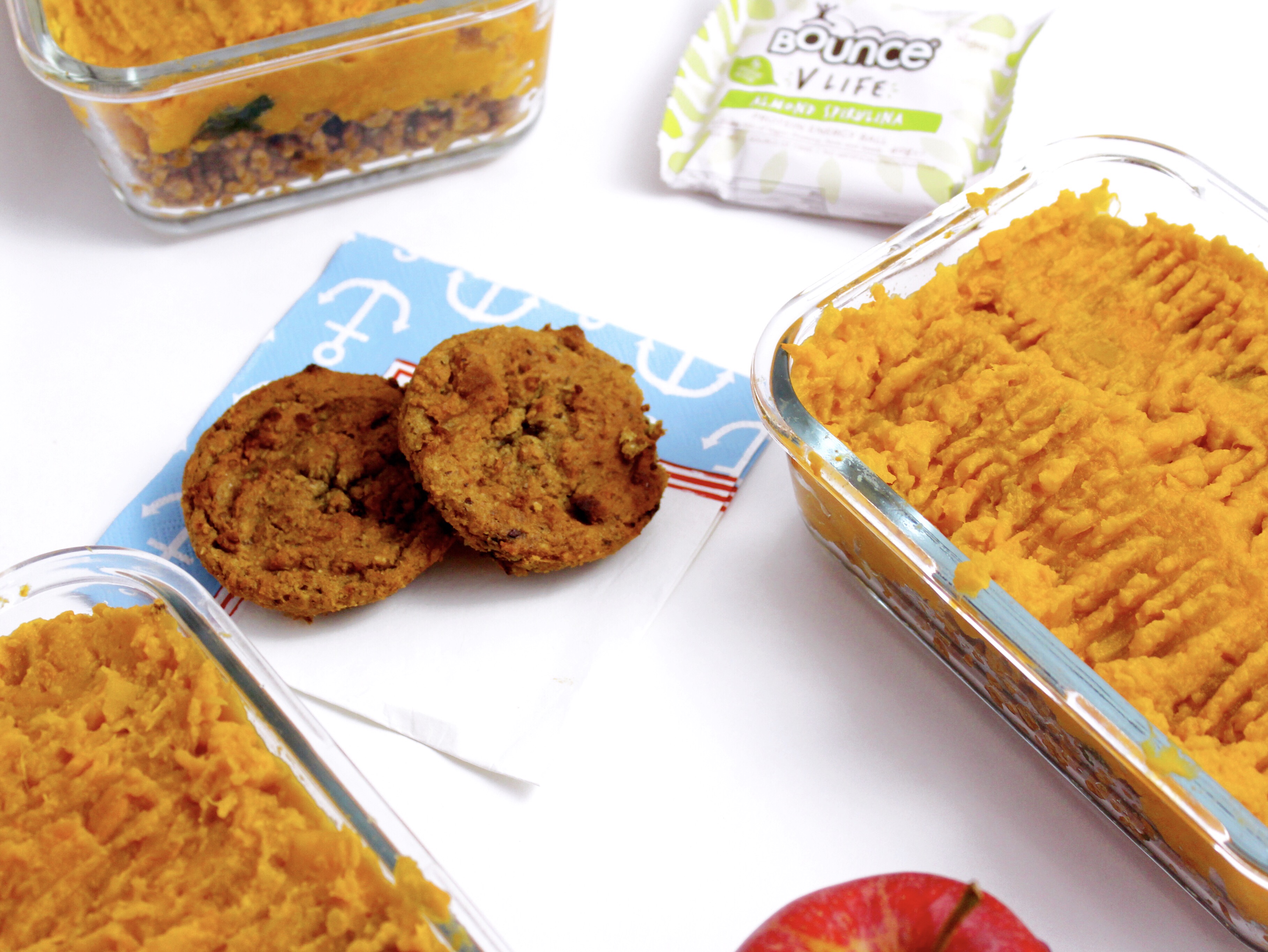 Mmmmh shepherds pie. It’s the ultimate rainy-day-yucky-feeling-I-need-something-nice food. Since we’ve been having one snow day after the next here in Liverpool, a vegan and lightened-up version sounded like the perfect dinner option this week! Since I have zero time to cook in the evenings and really rely on having prepared our dinners at the weekend, I created a meal-prep friendly vegan shepherds pie that just has to be finished off in the oven before serving. 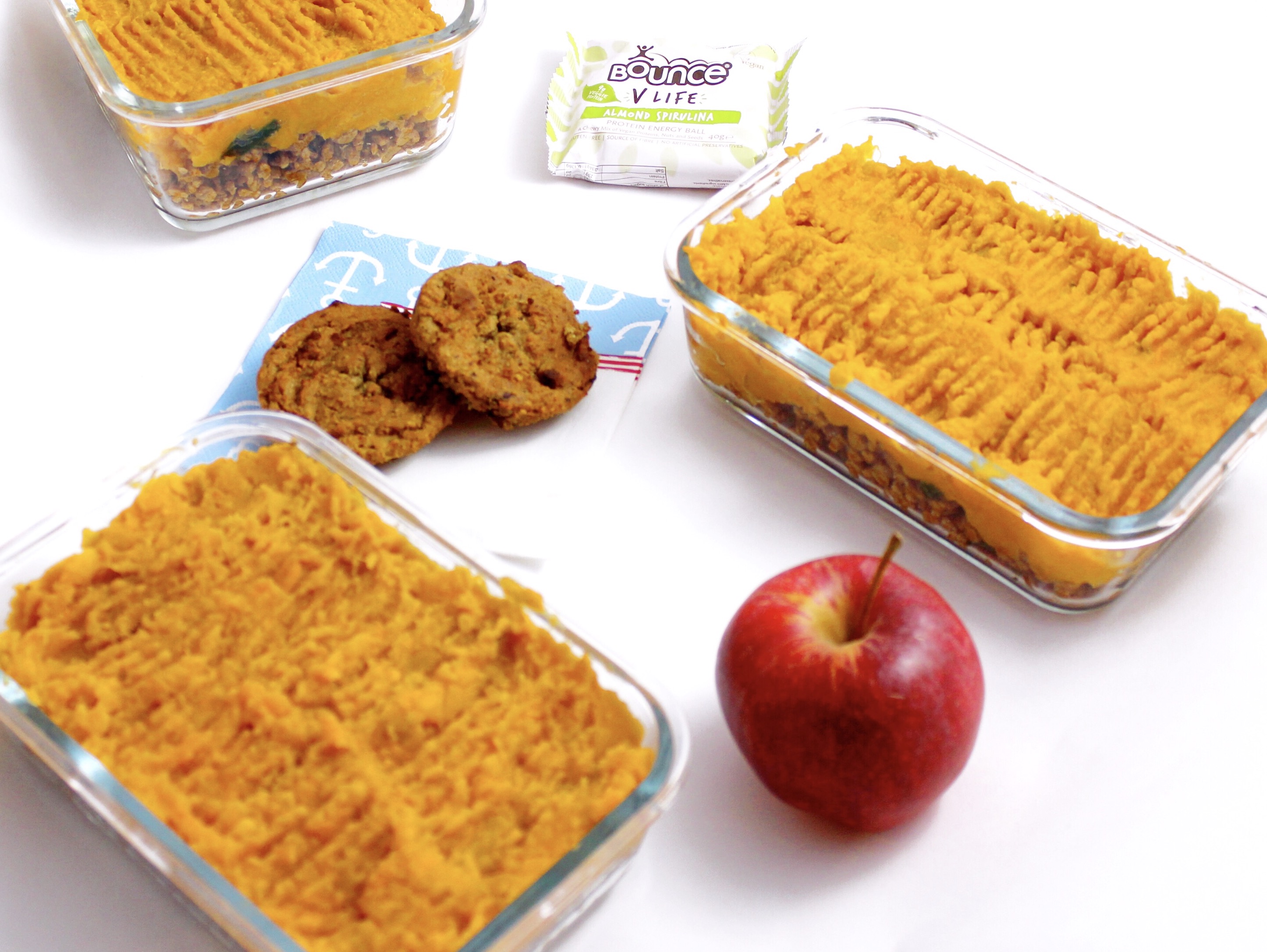 This recipe makes roughly 8 servings, or enough for two adults and a toddler to eat over three dinners. I personally don’t think it’s quite enough to stand as a full meal on its own, so I would recommend serving with a side. Or a dessert. Or both. Mmh, dessert. 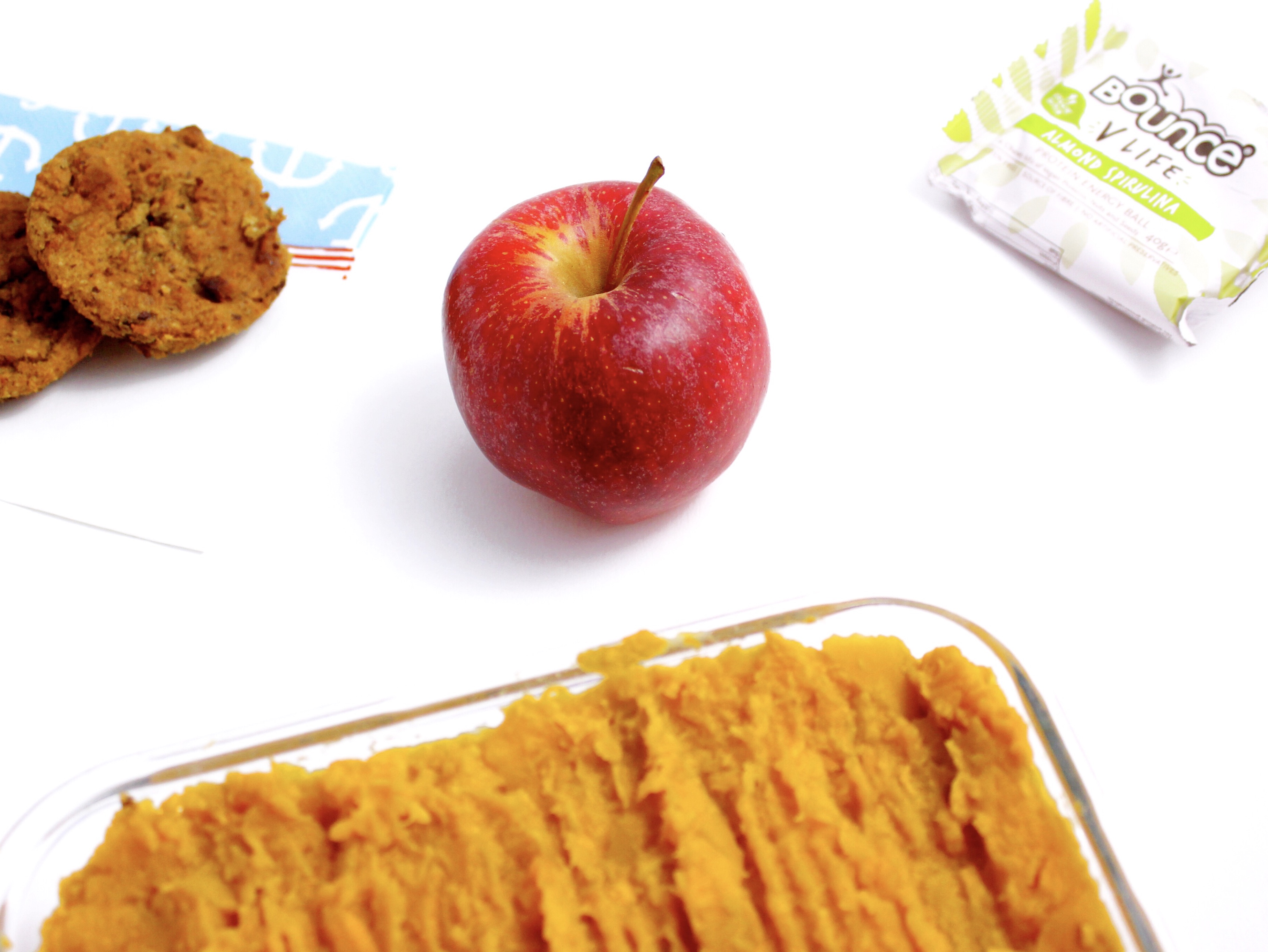