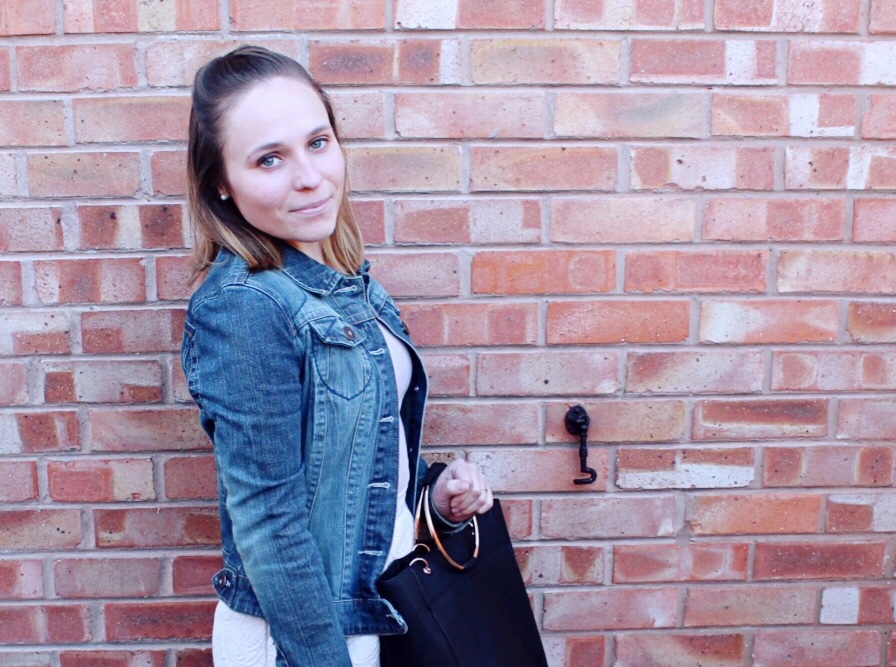 Fashion blogs and magazines have always been my guilty pleasure. The glossy photos, the perfectly styled outfits… I’ve always wished I was a bit more fashion-forward and could pull off outfits better. But in reality, I’ve always lived with a relatively limited wardrobe. I most definitely have enough clothes, don’t get me wrong, but not quite the right level to post fashion content several times a week.

And that’s a good thing. 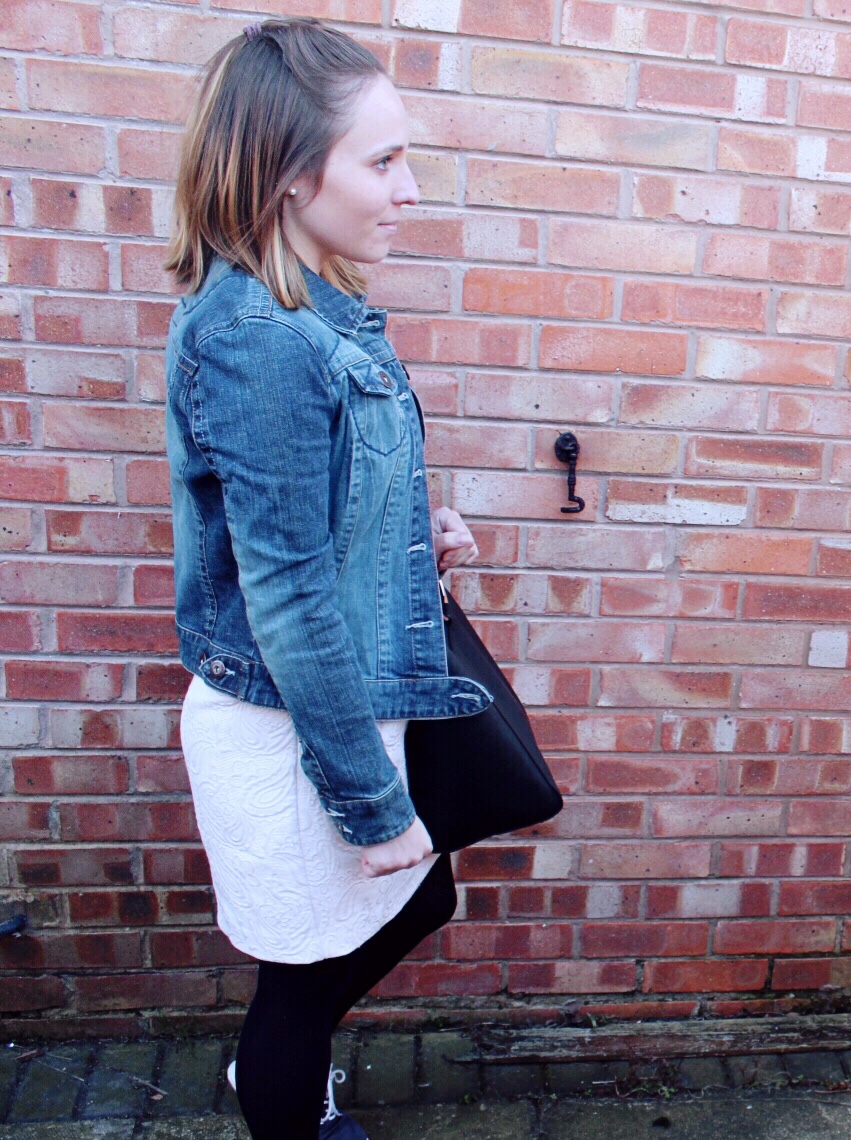 We’re encouraged from so many angles to buy clothes. Clothes that we don’t always need, sometimes don’t even really want and that we most certainly don’t feel comfortable in, and for what? Who needs 12 pairs of jeans? Four different little black dresses? Nine handbags? I don’t, and you probably don’t either. It’s totally unnecessary, downright wasteful, and also unethical if you consider how many of our clothes are made under appalling conditions. So over the last couple of months, I’ve decided to re-adjust my attitude to clothes shopping and fashion.

I’ve avoided buying brand-new clothes unless it was an item that I absolutely fell in love with (like the pink skirt in these photos), or an item that I was sure would become a staple and could be used in multiple different outfits. I can count on both hands how many new items of clothing I’ve bought in the last year or so. Instead, I’ve been trying to reduce my negative impact on the planet by buying second-hand. There are lots of reasons for buying more second-hand, and I’d like to explore them more in this series. At the moment, I’m particularly focussed on two: Firstly, we buy a lot of clothes, and we also seem to get rid of a lot of clothes. By giving an item a second lease of life, you’re keeping it from going to landfill, thus reducing waste. The second reason is that many of our clothes are produced in pretty appalling factories, and the impact on both the workers making them and on the environment is really negative. By sourcing more of your wardrobe second-hand, you’re taking a stand against fast, cheap fashion. Charity shops and eBay have become my favourite sources, and I’ve managed to snag some quality items for very little money. Saving money AND giving clothing that would otherwise end up in the bin is most definitely what you would term a win-win situation!

Because this approach has been working exceptionally well for me, I really want to share more of it with you. So, I’ve decided to launch a new series, which I’m calling ‘Second-Hand Staples’. In each of these posts, I’ll highlight an item that I’ve bought second-hand, like this denim jacket, and discuss why it’s a perfect contender for building your second-hand wardrobe. The idea is to give some ideas for both shopping and styling, but not prescribing. Instead of talking about my particular denim jacket, for instance, I’ll talk about denim jackets as wardrobe staples in general, and why they’re a great second-hand buy. My aim is to encourage you to buy more second-hand, save money, reduce waste and your carbon footprint and tackle excessive consumerism! 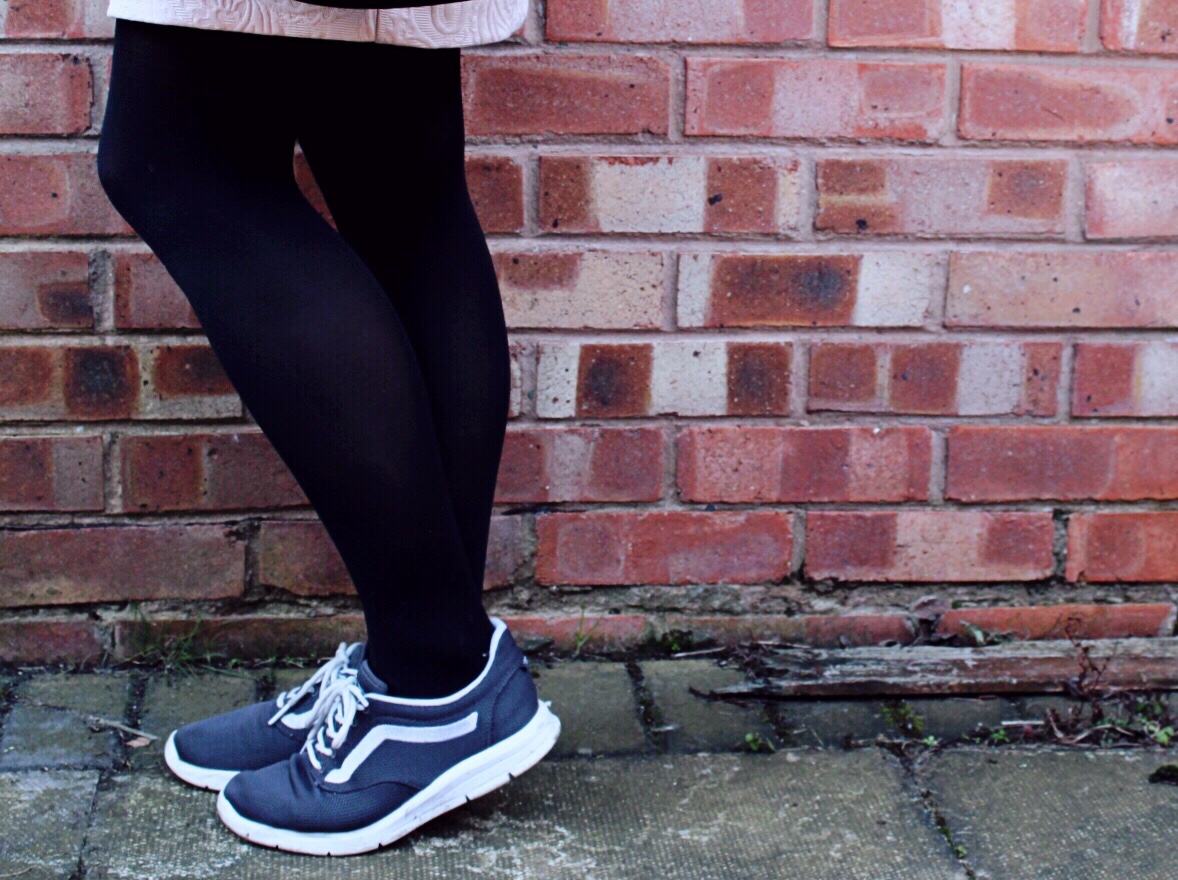 So, let’s talk about denim jackets. They’re fantastic for transitional seasons, i.e. Spring (which will come again, despite the weather we’re having) and Autumn, go with almost everything and are really easy to layer. They can dress down a formal outfit really easily or act as the perfect finish to a casual weekend outfit. Denim jackets are real multi-taskers! If you’re taking your first tentative steps into second-hand fashion, they’re also an idea first buy. They’re made by lots of brands in lots of styles, meaning there is always plenty of choice up for sale in charity shops and on second-hand sites and you’re sure to find one you like with relatively little hassle. They’re also really durable and easy to care for, so buying a second-hand denim jacket won’t leave you removing bobbles and stitching on buttons, as other garments might.

Like I said before, denim jackets go with almost anything, so they’re a real wardrobe ‘investment’, except they should only set you back about £5 second-hand. My only issue is that I get so used to chucking it on before I leave the house that I’ve almost worn it with jeans a few times. I know the 90s are supposed to be cool and all that but double denim is just one barrier I cannot get myself over. But apart from that, they’re a relatively risk-free buy, both in terms of wearability and quality!

I’m really looking forward to sharing this approach with you. Is there anything you’d particularly like to see featured, or a particular topic around second-hand shopping that you’d like me to dig deeper into? If so, let me know in the comments! 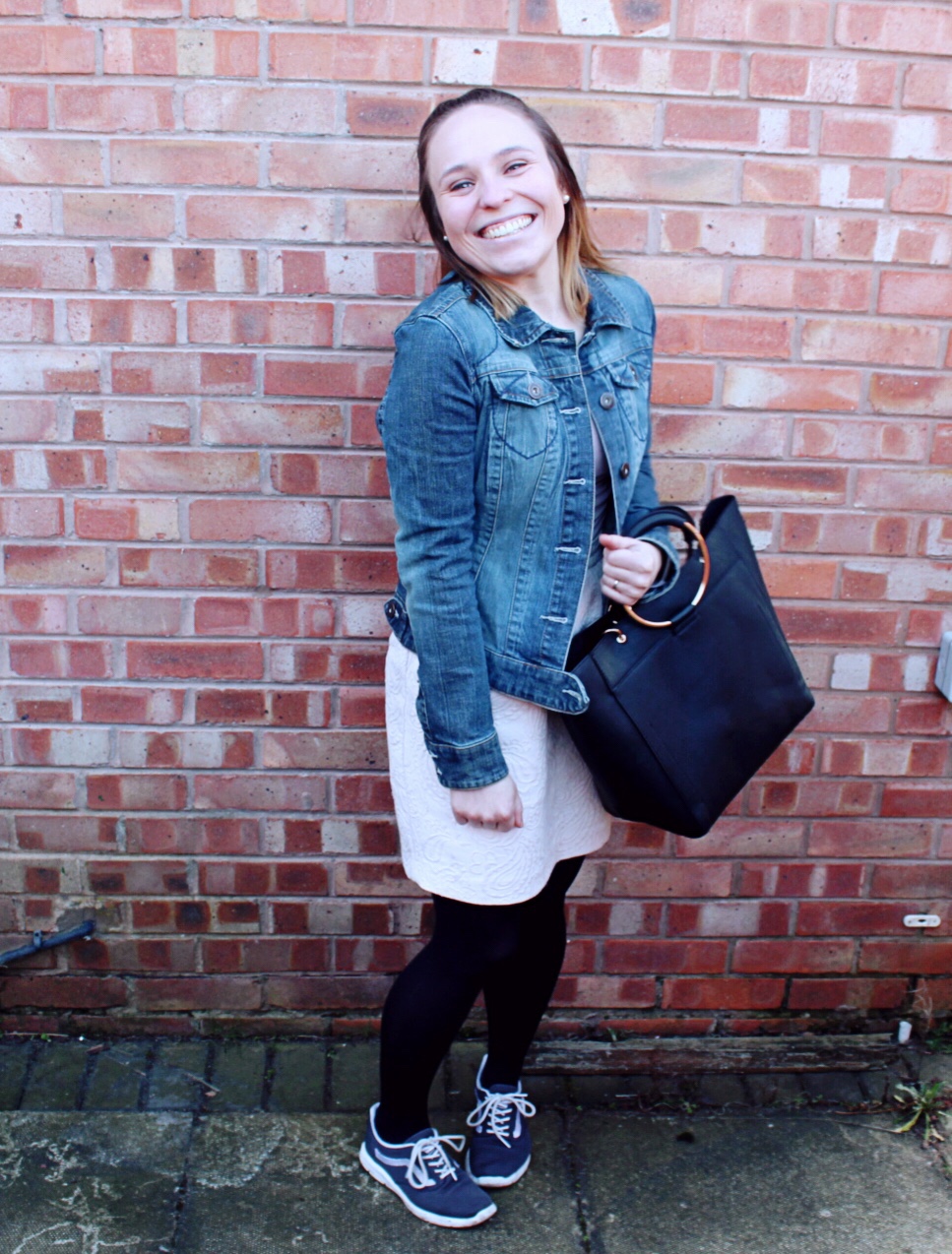